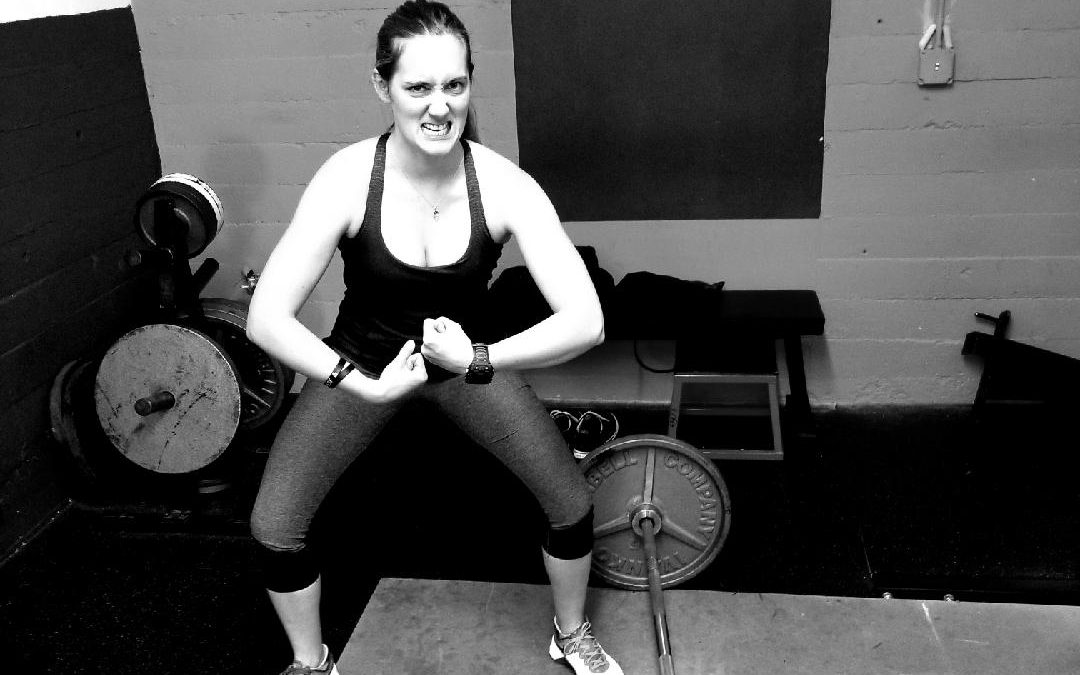 We are surrounded by messaging that tells women to be smaller, quieter, softer, thinner, leaner – to be less.  This is so glaringly obvious that it feels gratuitous to mention. We in the barbell community sometimes think we stand in opposition to these ideas, that we offer an alternative to the mainstream image of what a woman should be. I think we often fail at that, and even sometimes unwittingly reinforce those very ideals.

For every positive article about strength for women, there are a hundred lifters who are unnecessarily cutting weight. For every Instagram post with the hashtag #gainingweightiscool, there are twenty lifters who get told casually by friends and family that they think running is better for their health and appearance. And every time someone shares a “lifting won’t make women bulky” meme, another woman decides against gaining mass.

The use of the word “bulky” is especially pervasive. While plenty of women have approached their trainers with trepidation, fearful of phantom mass that will suddenly accrue, the cry of “bulky” seemingly comes predominantly from the lifting community itself. “Don’t worry about getting bulky!!!” we declare, out of the blue. We widely share memes and videos poking fun at the very idea. We know that any fear of “bulkiness” is both unfounded and beside the point, but do we actually help mitigate these myths?

What does bulky actually mean? Webster’s defines “bulky” as… Just kidding, just kidding! But let’s unpack the concept: Bulky is inherently about bigness. And not only bigness, it implies excess. Too much size. Too much mass. In many definitions (ok, I went there) the words “unwieldy” and “cumbersome” are used. Bulky Item Pickup is for things that are too big for regular garbage collection. A bulky package means you’ll have to pay more for special shipping. Bulky is uncomfortable for the subject, and inconvenient for others. We can’t automatically know what specific image someone has in mind when they use the word “bulky,” but we can assume that it means they’re scared of being “too big.” Too big for whom?

When you tell a woman that she doesn’t need to worry about getting bulky, you may be reinforcing her fear instead of dispelling it. We must consider what exactly about being “bulky” is this woman afraid of? Is she scared of weighing more? We know that for many people, lifting weights will make the number on the scale go up. Is she scared of taking up more space? Chances are, if she undertakes a strength training program, she will take up more space! More muscle often means more space, ripped jeans, dresses that won’t zip over her lats. Is she scared of her mom continuing to criticize her shape? We can’t do anything about that, and chances are nothing she does will make that kind of mother happy. When we breezily respond “oh, you won’t get bulky” we’re acknowledging someone’s very specific worry while potentially misleading her about whether her fears are founded. When we say “don’t worry, getting bulky is really uncommon,” we’re saying “this thing is indeed terrible, but it probably won’t happen to you.” This is framing getting bigger as you would a rare natural disaster, and this truly misses the mark.

We can assuage these specific fears in a productive way, not by denying them, but by shifting the conversation to highlight some of the many other life-changing benefits of strength training. Lifting has the potential to change the relationship with the body, from something that is for aesthetic consumption to something that is powerful and useful. Lifting offers an empirical method for measuring mental and physical successes, separate from what can be seen in a mirror. Health and longevity in people young and old will improve with increased muscle mass and bone density. Lifting almost always results in positive changes in body composition and physique. We know the immense value of the barbell for all people. Does laughing off the word “bulky” serve to teach newcomers about a single one of those values?

So, what do I suggest we do? First, let’s start by killing the word. I would love to never read the word “bulky” ever again. We can put our knowledge of what the human body can do and be into much better practice. When confronted with the concept of bulky, say what you mean. Highlight the more robust and exciting aspects of training, and de-emphasize aesthetic concerns. If you’re a lifter, talk about how you feel in your body. Talk about how that may have changed, or share some recent successes. Talk about progress, or about your health. What keeps you training? Do you like the look of your stronger body? Does it make you happy? If you’re a coach, talk about what inspires and motivates you about strength training. Talk about your clients and what you celebrate in them, and what they celebrate themselves.

We can change the conversation to reflect what we value: performance, accomplishment, work ethic, determination, confidence. Instead of discussing what lifting won’t do, focus on what it can offer. “Not getting bulky” is not a benefit of lifting weights. “Not getting bulky” is not what builds a lifelong relationship with the barbell. So let’s stop making it part of the conversation.

This is the first of many ongoing articles and interviews in our Taking Up Space Series. We want to foster long-term conversation about our relationship to our physical selves as strength athletes, and the different ways we move in the world. ‘Taking Up Space’ seeks to explore and expand on how we live in our bodies both inside and outside of the gym.