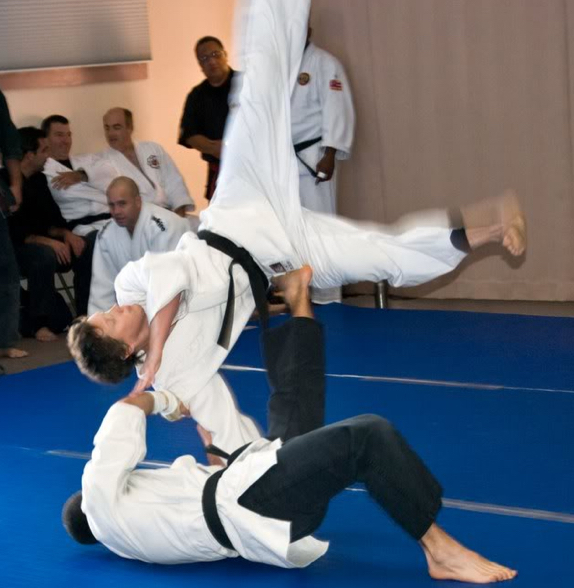 Making Your Training Fit Another Discipline

As a strength coach, the best advice I can give you, the novice trainee, is to spend the duration of your linear progression with a singular focus – getting stronger.

Training for strength takes advantage of the body’s ability to benefit from the stress/recovery/adaptation cycle.  Originally described by Hans Selye in 1936 as a mechanism to describe the set of responses an organism goes through in order to adapt to an external stressor, the stress/recovery/adaptation cycle is a simple way to understand our infinite capability as humans to adapt and change.

In the novice trainee, recovery takes place over the 48-72 hours following the application of the stress.  Thus, applying an ever increasing dose of stress three times a week is quite feasible for some time.  We refer to this stage of training as a linear progression, because the weight on the bar progresses in a sequential series of steps.  Depending on the trainee’s athletic history, this time period lasts from as little as three months to as much as nine months.  During this time period, the bulk of the athlete’s capacity to recover is used to adapt to the increasing doses of that stress.

At some point, the athlete becomes able to produce enough force to create a stress that is too big of a dose to recover from in 48-72 hours.  At this point, programming must become more complex.  We recommend that the athlete who is training in pursuit of another discipline start to incorporate specificity into her programming at this point in her training.

In other words, take a break from conditioning while you run your linear progression.  Take a break from martial arts.  Take a break from basketball, gymnastics, or whatever else it is that you want to get better at.  Build a base of strength.  Use your days off to recover.  We recommend active rest – don’t just sit on the couch, but an hour and half of drills and half an hour of sparring is not active rest.

There are many reasons to start a strength training program.  For many people who are not used to seeing themselves as athletes, but have made the decision to reap the benefits from getting stronger, it’s satisfying and challenging enough to just buckle down and run a linear progression without any distractions.  If this is you, great.  You are making the kinds of choices that will lead to the best results in the shortest amount of time.

However, some of us, myself included, suffer from the desire to become accomplished in many kinds of physical pursuits and are unwilling to stop practicing these other disciplines for the length of time it takes to run a linear progression.  Factors that affect recovery include adequate rest, food (especially protein) and sleep.  Failure to respect the need for the recovery piece of the stress/recovery/adaptation cycle will derail your linear progression. 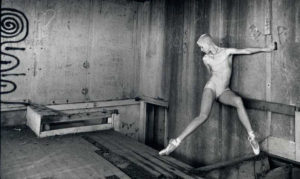 I started training with barbells at the age of 38, in 2008.  I had the second edition of Starting Strength, Basic Barbell Training, access to a gym with the right equipment (mostly), an extensive dance career (modern and ballet) and a martial arts background.  I was mentally tough and not easily intimidated.  I was also a fool.

I did not respect the need for adequate recovery.

I was used to training every day, for multiple hours, with very little fuel. Used to a body that was flexible and resilient. I took all of this for granted. I had ended my dance career five years before, and had trained in three martial arts up to black belt level. I was working up to a Nidan (second degree) rank in one of them. I lived in a dojo (martial arts school) – and still do.

My linear progression was short.  It would have lasted longer if I’d had a coach, or if I’d run it at 28 instead of 38 – but it also would have lasted longer had I been able to make the appropriate decisions and take time off to just focus on that thing that I wanted – which was to get stronger.  I did not have the same direct appreciation of the necessity of adequate recovery that I have now.  Recovery is no longer just some abstract concept that I give lip service to because the book says so.

If you are already heavily involved in another athletic pursuit, chances are your linear progression won’t last nine months anyway.  Taking three months to six months off to build a base of strength, when balanced against the decades of practice you will accumulate doing your sport or martial art, is actually not that much time.

Recently, I had to change how I train in the martial arts, as well as take some time completely off, due to pretty severe arthritis in my hips and shoulders.  I had just completed a Yondan (fourth degree) belt test.  During that time, I rested.  I ate.  I gained about five pounds.  I also ran a short linear progression and put 30 pounds on my squat.  I competed in the Starting Strength Fall Classic and hit PRs on every lift.  I did not use complex programming to do this.  I just got stricter about adequate recovery.

For those of you who are starting a strength training program, and want to also start pursuing another physical discipline or sport, my best advice is: don’t.  Take your strength training seriously.  Run your linear progression into the ground.  Find out what it means to just focus on the one thing.  A linear progression doesn’t last forever, but the benefits from running it without extra complications will last a very long time.

For those of you who are already dedicated to the pursuit of another sport or physical discipline and simply can’t, or won’t, take the time completely off – run your linear progression anyway.  You will hit a wall much earlier in your training that you would otherwise.  You will not get as strong right away.  Try to minimize your effort as much as possible when you’re not under the bar.  Focus on skill work, on the subtlety of your discipline. 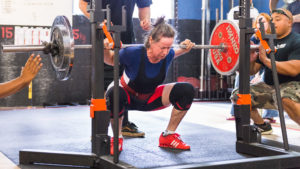 Cycle your training.  Build in time where you structure your training around strength gains for six months.  Make your strength training event-driven and sign up for a meet so you have a concrete reason to focus solely on that for several months.  Then spend another six months “in season” driving up your sport-specific conditioning and practicing your art or sport.

There is no “novice window,” which, once missed, precludes you from gains for the remainder of your training. If you didn’t run your first linear progression optimally, learn from your mistakes. The opportunity to focus on the acquisition of strength will not evaporate because you screwed up the first time you ran a linear progression. Do it again and do it better.

And remember, strength acquisition is a long game.  Play the long game.